Please check out my new blog at Dina's City Wildlife Adventures. After 2 1/2 years on blogger, I am moving my blog to Wordpress. Thanks for stopping by here and I hope you will visit my new home. I will still be following all of my favorite bloggers on Goggle reader (thanks, Pam, for the quick lesson).

PS. If you want to know why I moved, head over to my new blog and check out my first post "Done with Blogger".
85 comments: 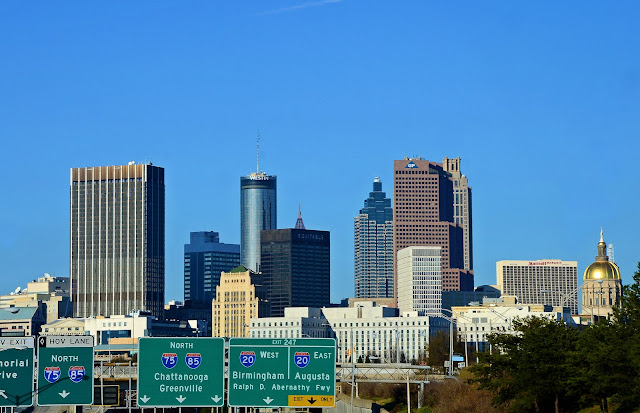 Our pre-Christmas drive into Atlanta. Hubby was driving. It's weird, even though I've lived in Tampa for 10 years now and didn't grow up in Atlanta (from Alabama originally), I feel like I'm coming home when we drive into Atlanta. 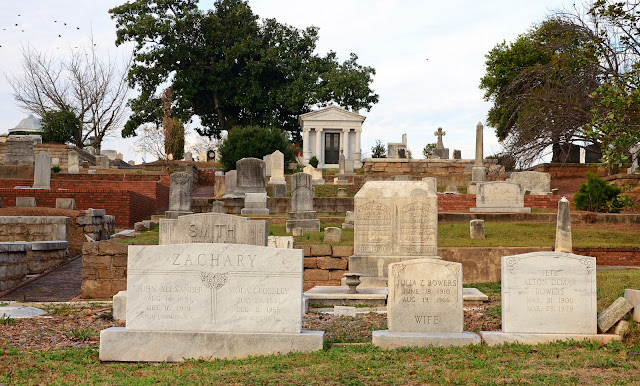 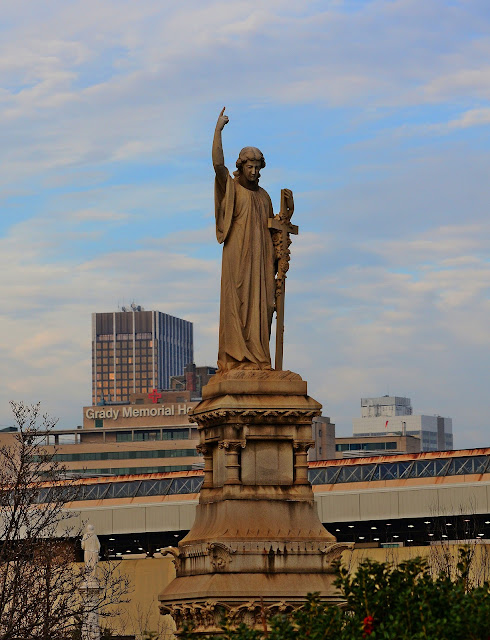 You can just barely see Grady Hospital from the cemetery. I guess it's good that the cemetery is so close by. 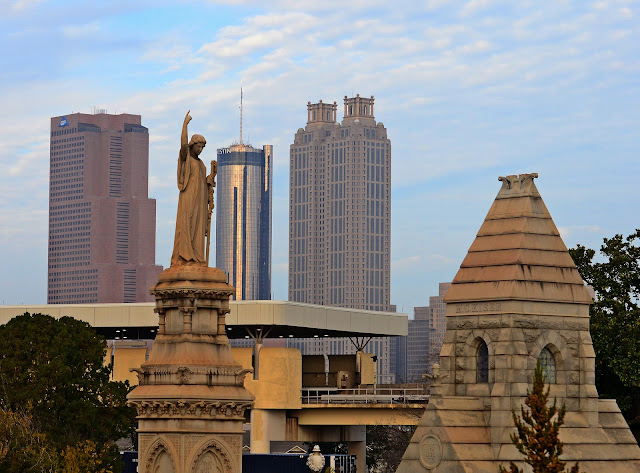 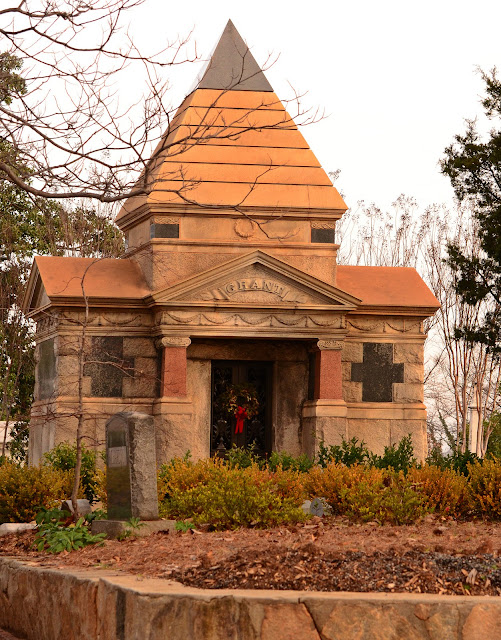 Grant's tomb. This is not the grave of Lemont Grant, who Grant Park is named after. He is buried at Westview Cemetery. I couldn't find any history on this one but it was a big one. 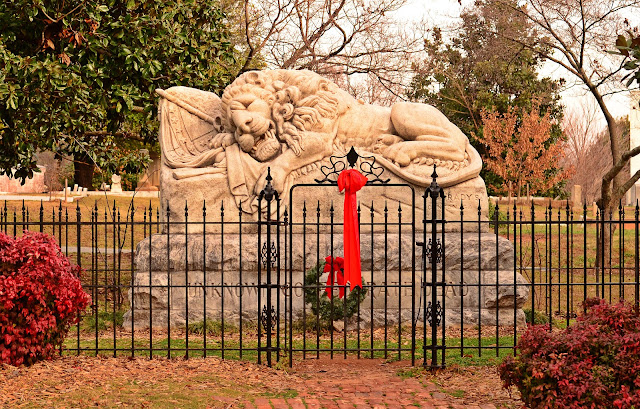 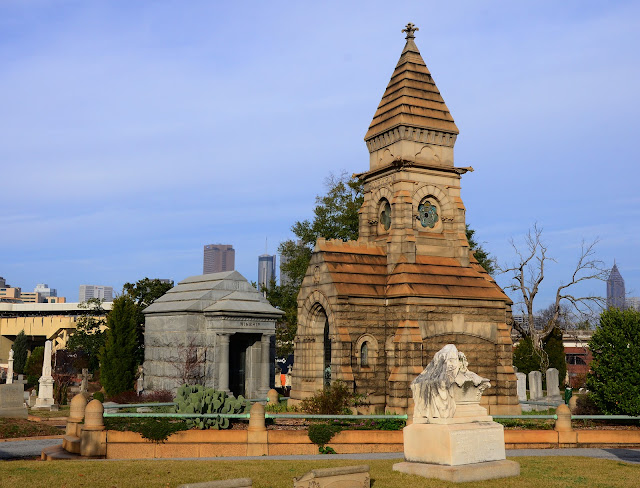 This is a really cool place, if you think cemeteries are cool. It has a lot of history here and great birds. I think it's now one of my favorite places to hit when visiting. My first trip was in July when it was about a million degrees outside. This trip it was much cooler at 40 degrees. For this Floridian, that was pretty cold. I was bundled up so the only thing that felt cold was my fingers (note to self  "bring gloves next Christmas"). The only morning I had time to run over there was Christmas eve. It started out sunny but got cloudy and grey pretty quick. I saw some birds there I haven't seen in central Florida. More on those later.
For more skyscape photography from around the world, visit Skywatch Friday.
12 comments: 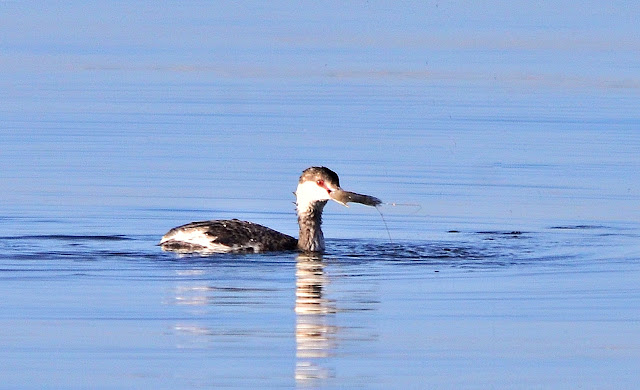 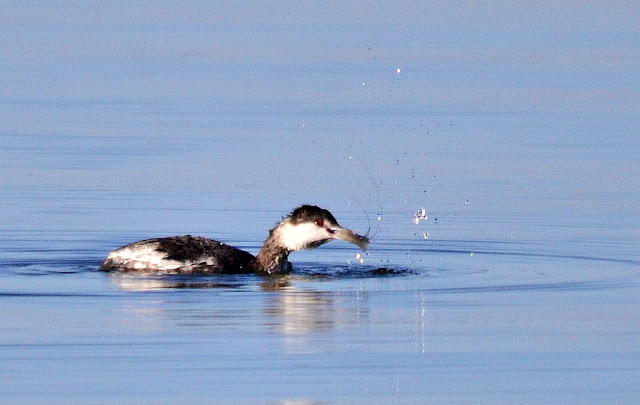 He struggles with it for a minute. 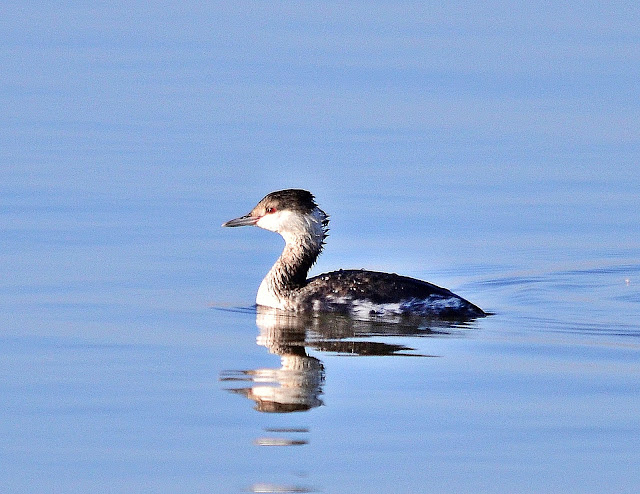 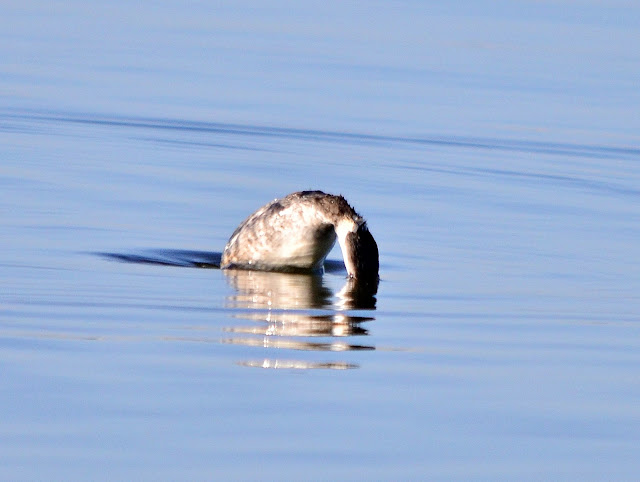 Going back down for some more food. 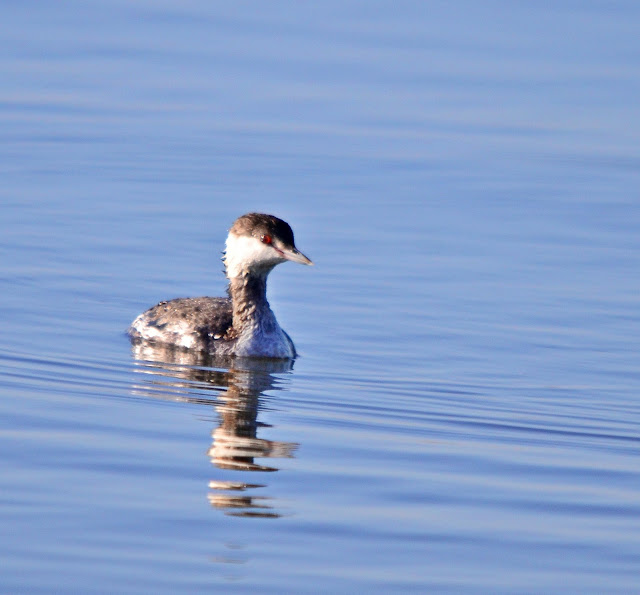 Red eyes!
I did not expect to see this. My first horned grebe. I had heard there were a few floating off the Courtney Campbell Causeway but it would be hard to find them on the 10 mile causeway looking on both sides. I was on my way to Kapok Park when I decided to stop at the small beach before you get into Clearwater to see if there were any unusual shorebirds there. There was only one other car there so the beach was full of shorebirds. Just the usuals though. Lots of skimmers, plovers and gulls. I noticed something floating out past the swimming buoy. Looking through my camera I realized it was a horned grebe. There were 3 of them floating together. They stayed far out into the water. The above were taken with my 500mm lens and heavily cropped.
14 comments:

Osprey with a fish in the backyard. 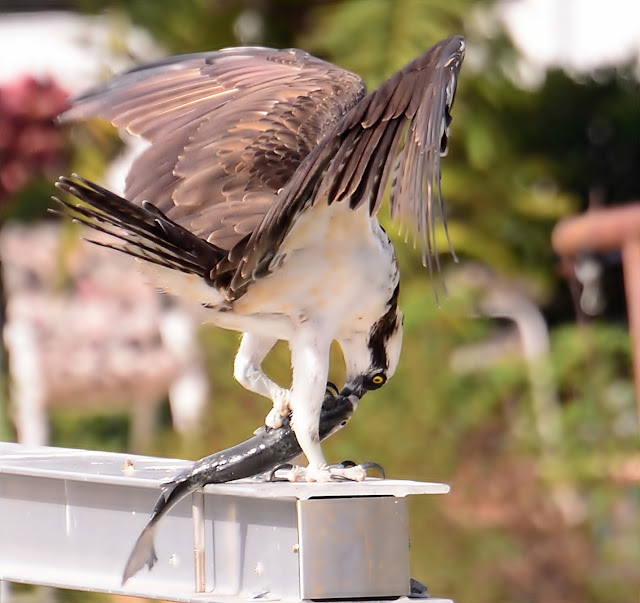 Osprey on my neighbor's dock with a fish. 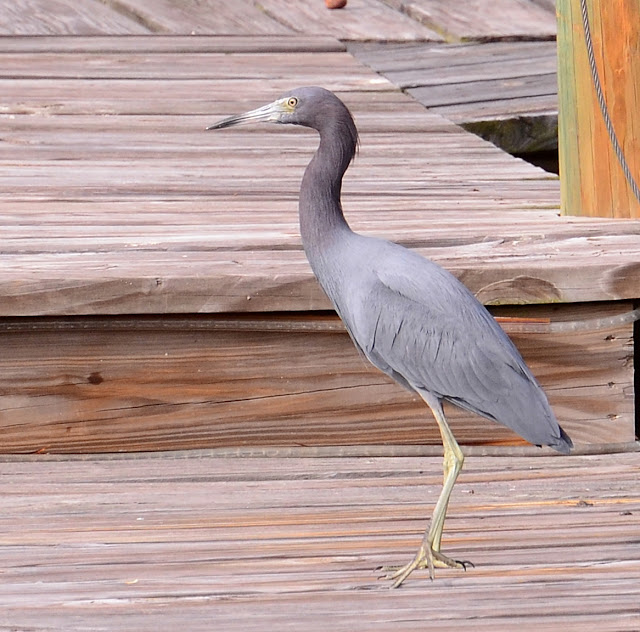 A blue heron lands on the same dock as the osprey. 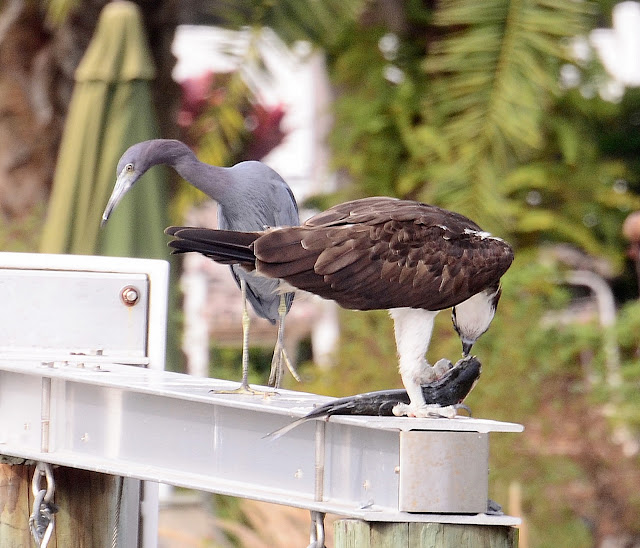 Then I notice the blue heron is on the top of the boat lift with the osprey. The osprey doesn't seem to mind. He keeps eating his fish. 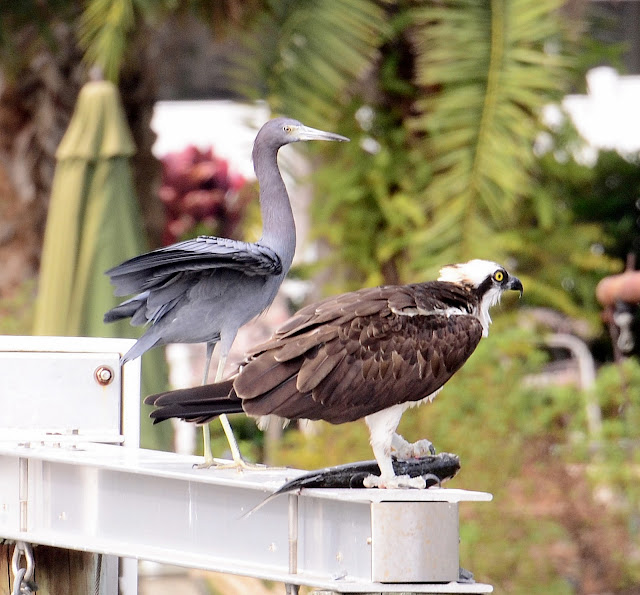 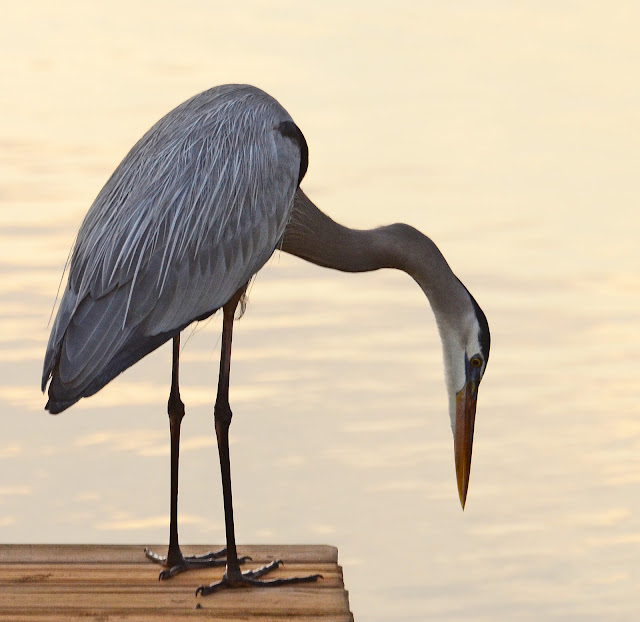 Right before dark, I see a great blue heron on my dock. Looking at something interesting. Maybe a fish?


Scenes from my bedroom window.

Our World Tuesday
Also, check out more birds at

Tiny birds in the grapefruit tree 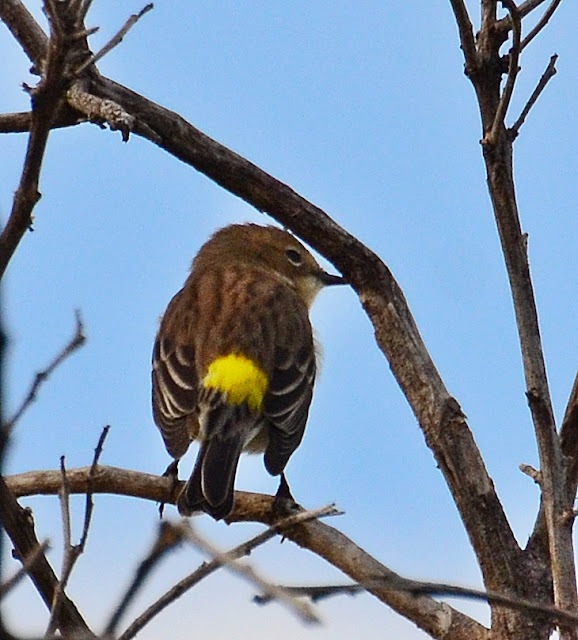 Yellow rumped warbler in my dead grapefruit tree. He was showing off his yellow bottom. 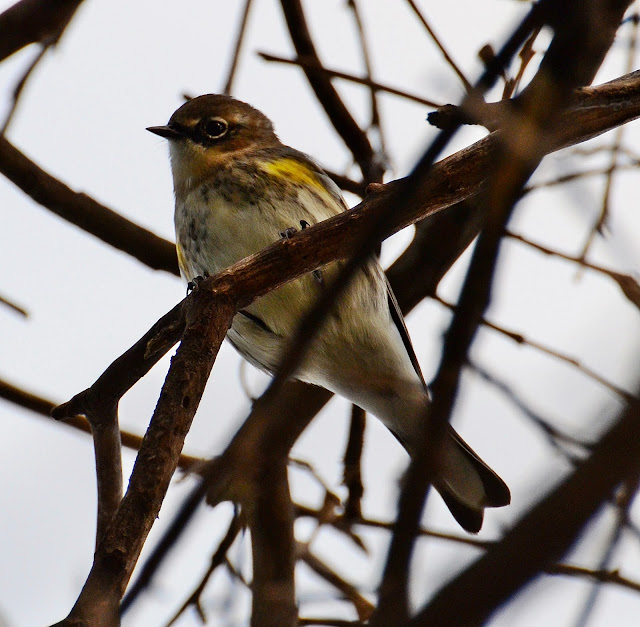 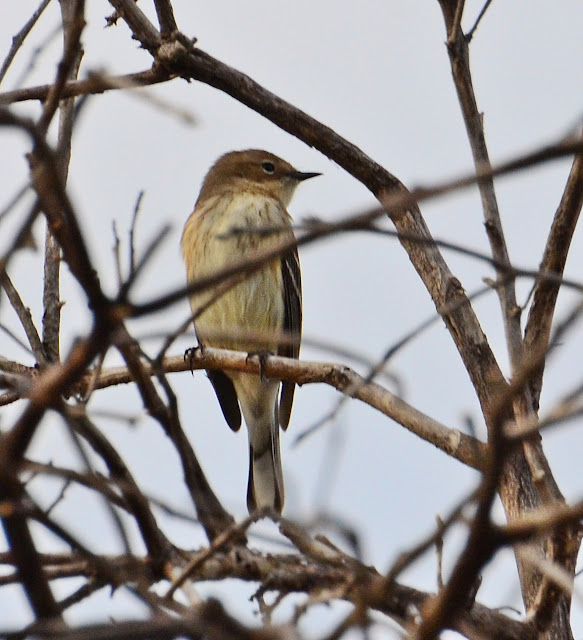 This little bird was also in the tree. It looks a little bit bigger than the warbler. I'm not sure what this is and couldn't exact match it up to anything in the Stokes Birding Guide. Any Id?
Right before dark I saw a few little birds in the grapefruit tree in the backyard. I figured it was just some house finches but I decided to go outside and investigate. I first noticed the yellow rumped warbler. I also saw another bird but couldn't tell what it was. As I was walking back into the house I saw a mullet jumping. I pulled my camera up and was watching right where it had jumped and the fish jumped again in the same spot. They jump all of the time but it's hard to catch them in the act. Occasionally, they jump again but it's still hard to determine where they will come up again. After 7 years of living here this is the first time I've gotten a shot of one. Not a great one though. The sun was going down behind the trees so it was a little dark. 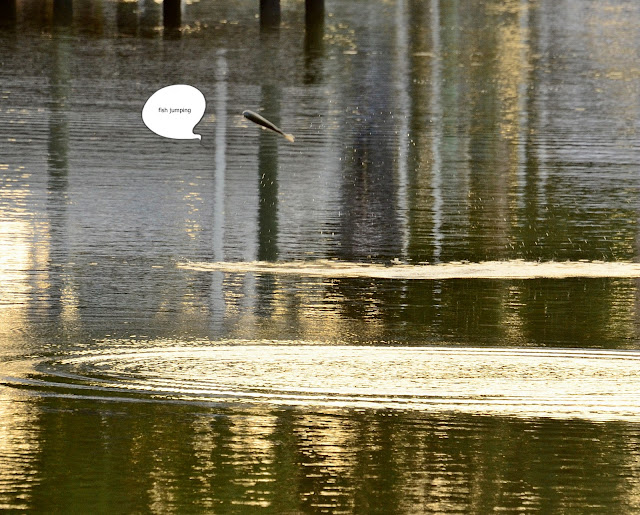