Kapok Park on a cold day 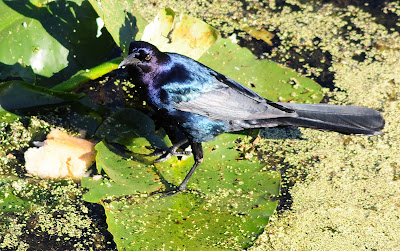 Grackle eating a slice of bread that someone had dropped in the lake for the turtles.﻿ These birds almost look black but when you see them in the sunlight you can see their different shades of blue and gray. 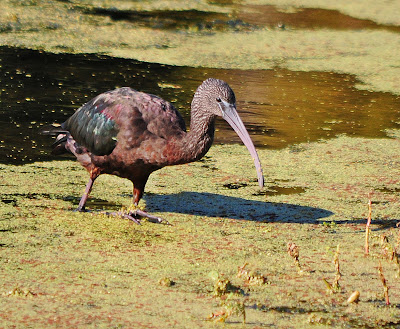 Glossy ibis that has been hanging around the park for a while now. This was the first time I've seen it close to the boardwalk. 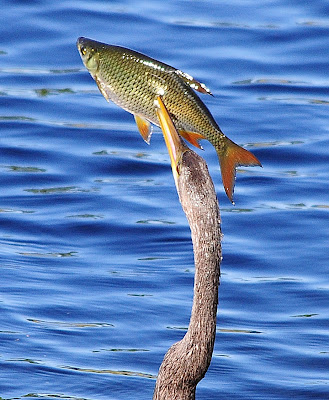 I was walking on the boardwalk when the above anhinga popped out of the water. She swam back and forth in front of me and seemed to be showing me her prize. She swam under the boardwalk to swallow it so I was not able to get a shot of that. I'm assuming she did. She swam back out with fish parts stuck on her beak. 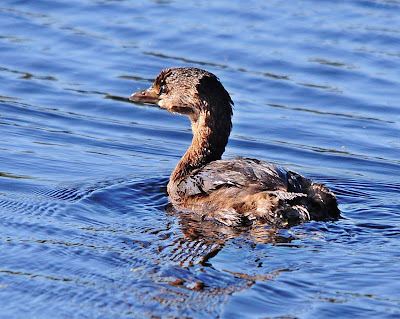 Wet pied grebe had just popped out of the water. 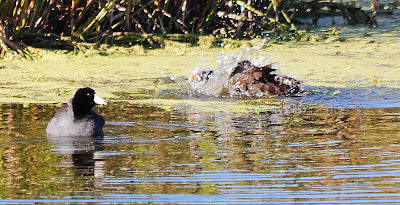 I think the duck on the left was saying "Stop splashing me while she's trying to take a picture you ole coot."
By cold I mean a high of 72 degrees. A couple of weeks ago we had a cold blast in central Florida and I slept in that morning and headed out to the park later that afternoon. Someone had just dropped an entire loaf of bread in the lake and grackles were diving down for them. ﻿It turned out to be a nice day and I didn't even need my jacket.