Hanging with a movie star. 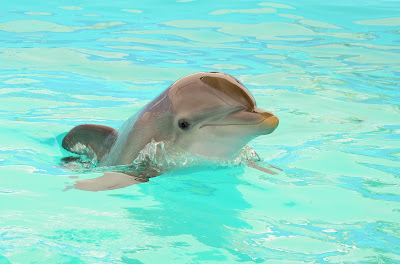 Winter giving me a big smile! 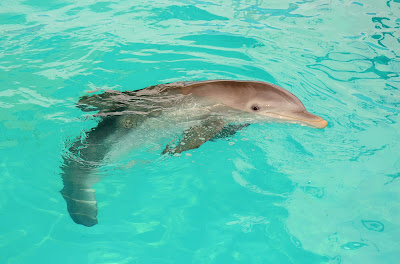 Winter showing me his missing flipper. 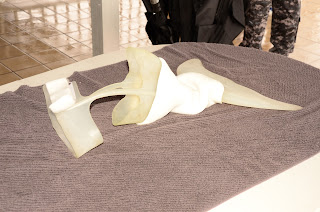 Winter's prosthetic tail. He doesn't wear it all of the time. 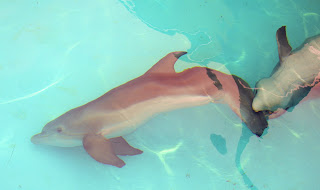 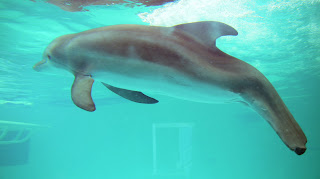 Winter from under the tank. 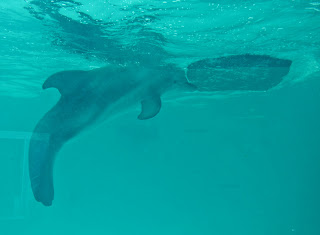 Winter playing with a toy. 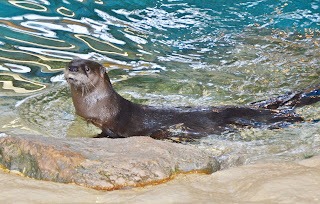 A resident otter.
I had Martin Luther King Day off. Of course, it rained. I had to get out of the house so I headed over to Clearwater beach to visit Winter, the dolphin who lost his flipper as a baby years ago. There was a movie telling his story recently made with him starring as himself that is to be released this coming October.﻿ The movie people built a nice big outdoor dolphin pool at the Clearwater Marine Aquarium that Winter and Panama share together. The rest of the aquarium was indoors but I stood outside in the drizzle for an hour watching Winter play in his outdoor pool.
There are other animals there as well. Lots of turtle with missing feet. Right now they have a turtle hospital set up with turtles that are sick and beached themselves from the cold weather. Last winter the aquarium nursed back to health and released hundreds of cold stunned turtles. It's already happening again this year. If you are ever in the Tampa Bay area, stop by and hang out with a movie star. You won't get his autograph, although you may get splashed by him.
http://www.seewinter.com/