Osprey and a parakeet - Skywatch Friday 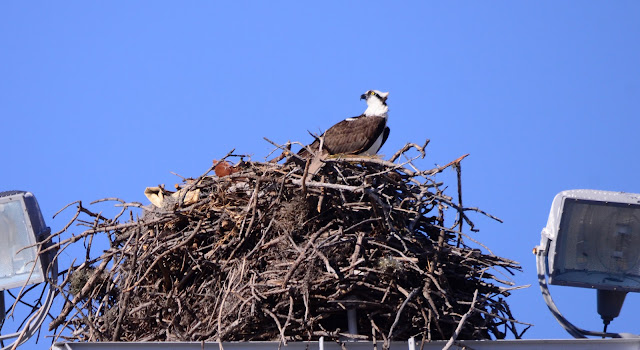 "What's that in the sky? It's a bird, a plane? An annoying parrokeet trying to steal my nest?" 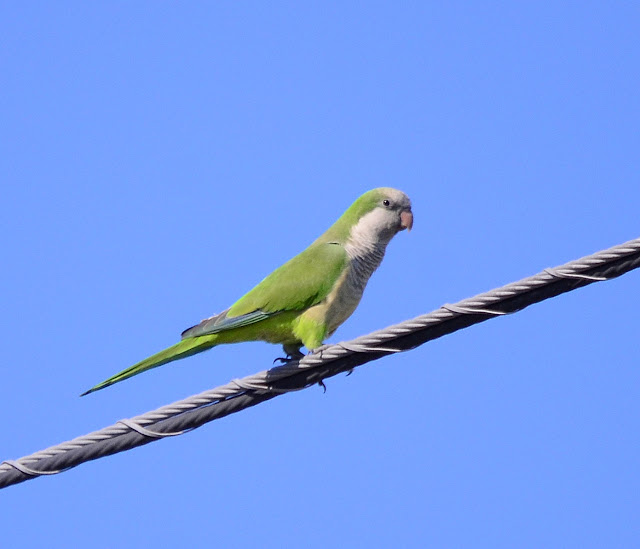 "I'm going to steal that osprey's nest all by myself since I don't know where all my friends went." 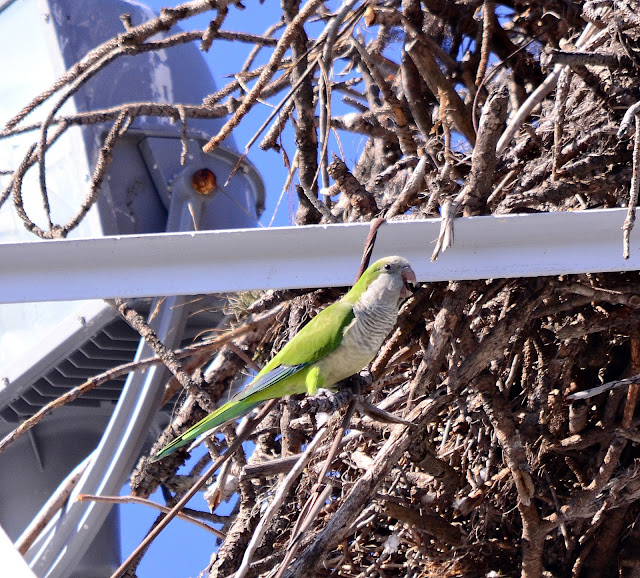 "I'm here now. Isn't that the Florida law? Once you establish residence, no one can kick you out?" 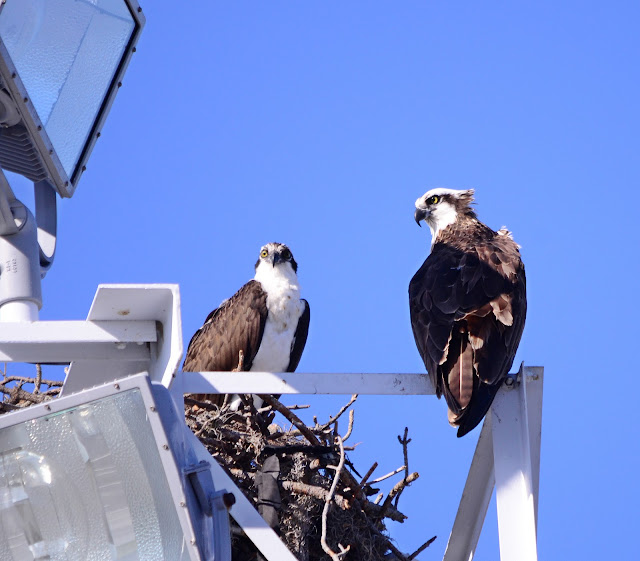 "That silly parakeet better not come around our nest. We'll serve him up to the eagle since we only eat fish."
I had read on a Florida bird forum post that there was a large flock of monk parakeets trying to take over an osprey nest at the Derby Lane parking lot in St. Petersburg. I stopped by there on a Saturday afternoon and only found one lone parakeet. All of the others might have been out feeding or just flown the coupe. There are at least 8 osprey nests in the parking lot light towers there. Only two had osprey sitting on them. It's a little early for osprey nesting but in another month or two that lot will be filled with osprey starting to couple up. The lone parakeet was sitting on a wire at first but then kept flying over to the nest and landing on the bottom of the branches. I could hear the osprey yelling but I don't know if that was because of the parakeet or another osprey flying overhead. There are large flocks of monk parakeets all over the St. Petersburg area. They are pretty when they fly by and you see a big flash of green but they are so loud. Since this lot is close by work, I'm going to keep tabs on it during the winter and spring to see if any baby osprey arrive.
For more skyscape photography from around the world, visit Skywatch Friday.