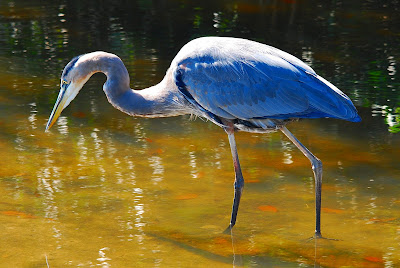 "What is he looking at?" (Great Blue Heron) 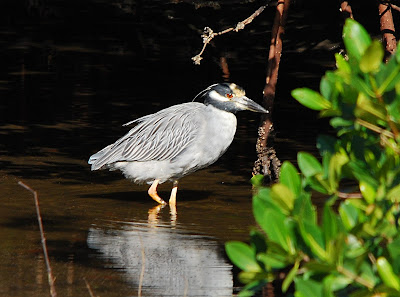 Night heron creeping around the mangroves. 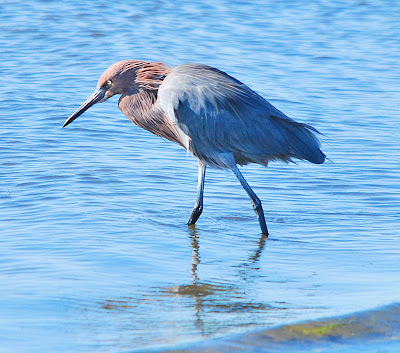 Reddish egret out in the bay. 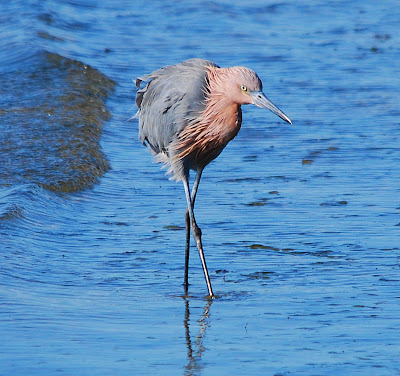 It was a windy morning for this guy.
This weekend was very windy and a bit cool for this area. I stopped by the Safety Harbor fishing pier and Philippe Park. It was the first time I had been there when there was not a single person fishing. Mostly because the tide was so low the water stopped halfway out to the end of the pier. There were a lot of shorebirds running around. I was able to get a few shots of a reddish egret standing around in the water. It's the first picture I have gotten of this bird in his red/bluish grey color. They are fairly rare to see. Fort Desoto has a white morph of this bird that lives at the north beach marsh. I stopped by Philippe Park before heading home hoping to see the eagles that I had heard where back for the winter. No site of the eagles again. I did find a great blue heron and a night heron in the mangroves by the bridge. Not many other birds around.