What not to do at the zoo.

I was at Lowry Park zoo recently and saw this funny thing that was going on. Or at least everyone thought it was funny but it's probably a bad thing to do. The zoo has food dispensers for you to buy food to feed the fish in the pond at the bear exhibit. There's always a ton of ibis hanging around the boardwalk there and in the bear exhibit. I always think they are going to walk up to the bear and take his food away. This lady was trying to buy some fish food for her daughter to throw in the pond and an ibis was attacking her for the food before she could even get it out. He was being very aggressive. Of course everyone around was laughing thinking it was so cute. With help from a friend she was able to get the food out of the dispenser and instead of shooing the bird away she proceeded to feed it. Soon there were several birds getting a handout. I'm sure it's not good to feed these wild birds and now they have become aggressive towards anyone walking near the dispensers. Soon the zoo will need to put up a sign not to feed the wildlife because people won't get it on their own.

Am I being to harsh? 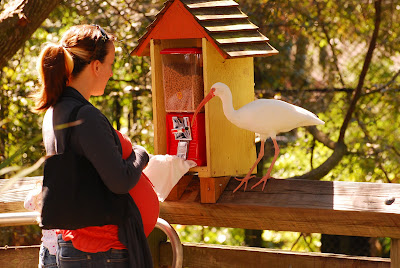 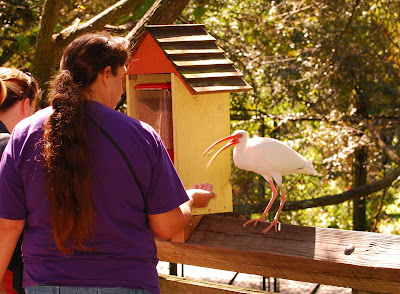 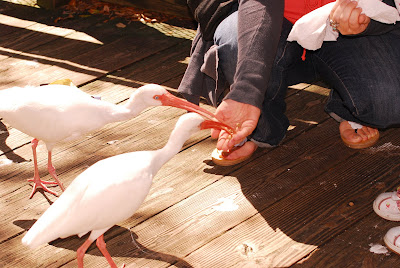