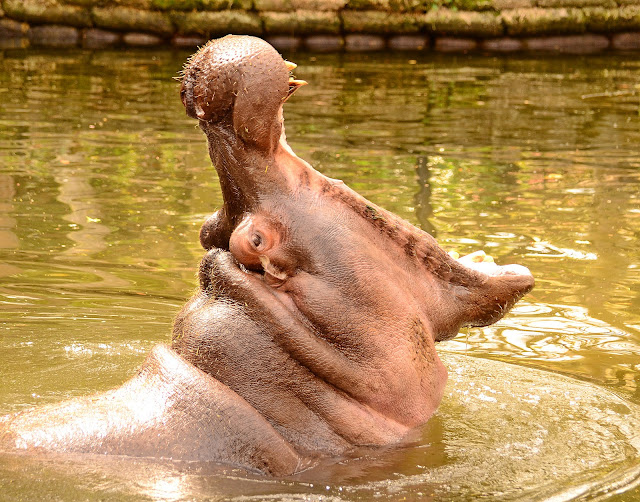 Lulu, the hippo, lives there. I caught her in a big yawn. 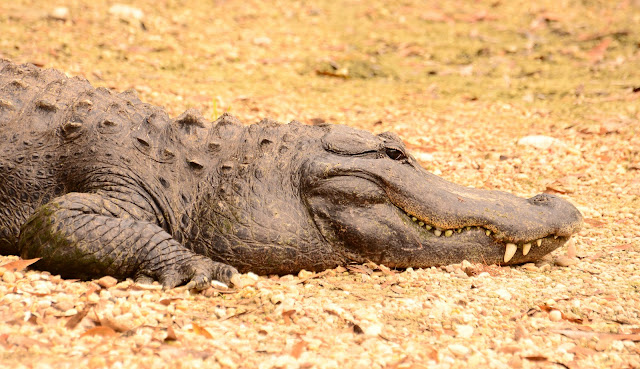 Lots of alligators there. It's fun to hear the gasps of little kids who see these animals up close. Especially with those teeth. I think he's looking right at me. 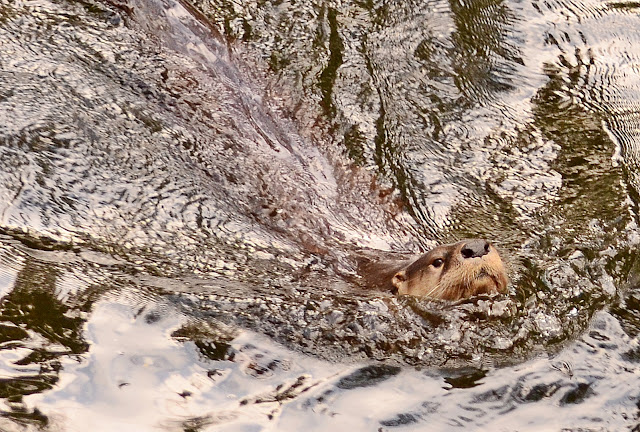 There are two river otters but only the one was swimming around while we were there. 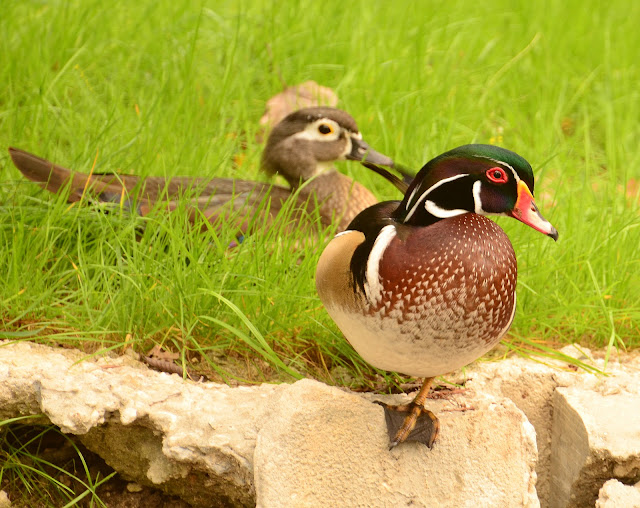 Lots of wild wood ducks live at the park. The male is the beautiful one in the front. The female is in the back with a bored look on her face. 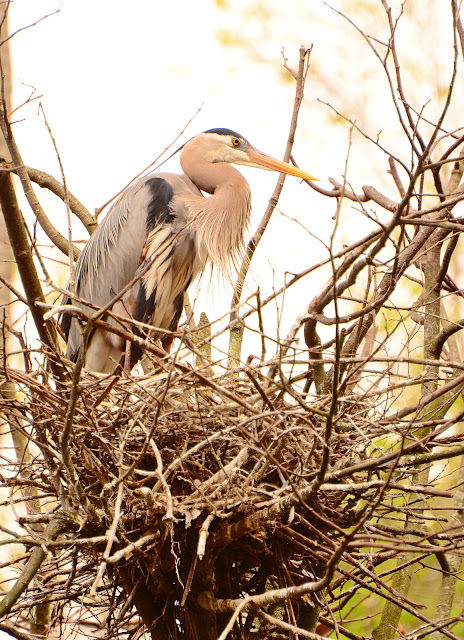 There were several wild great blue herons working on nests high over the alligator enclosure. 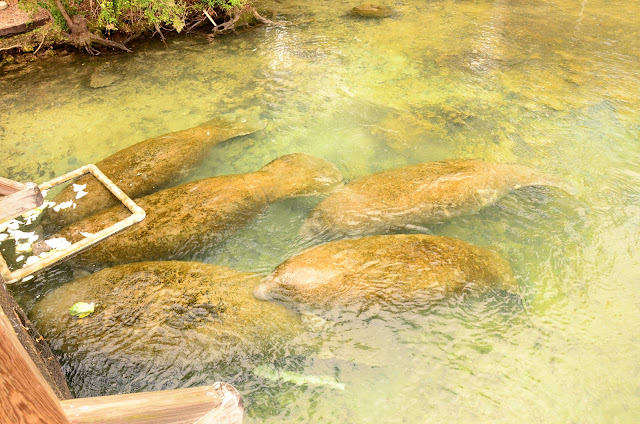 These are the permanent residents at the park being fed.
Now that it has warmed up the wild manatees are heading out into other areas. There were very few hanging around inside the Homosassa Springs Wildlife Park when we were there a couple of weekends ago. The park opens the gates to let the wild manatees into the warmer water of the river during the severe cold tempatures (severe by Florida standards). When hubby and I were there in mid January the river was full of them. Now there's just a few straglers. Most are heading out into other rivers, the intercoastal waterway and upper Tampa bay. There are lots of other animals at the park and a lot of wildlife that hangs around as well. ﻿
Go and check out more MyWorld images at the MyWorld Site!  http://showyourworld.blogspot.com/.
Also, check out more birds at: