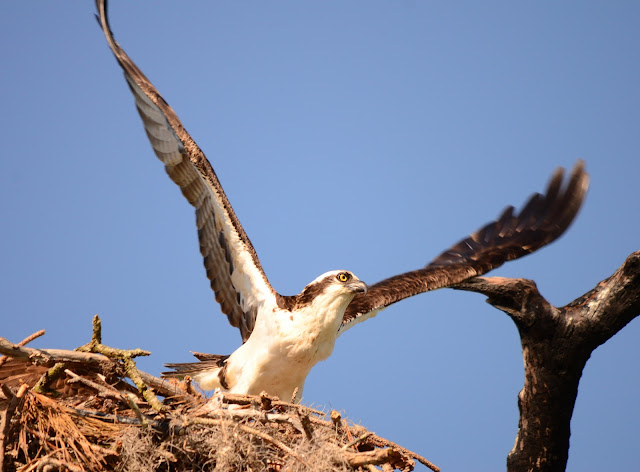 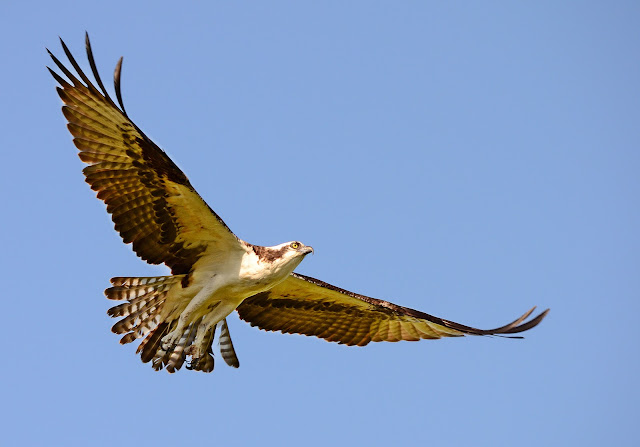 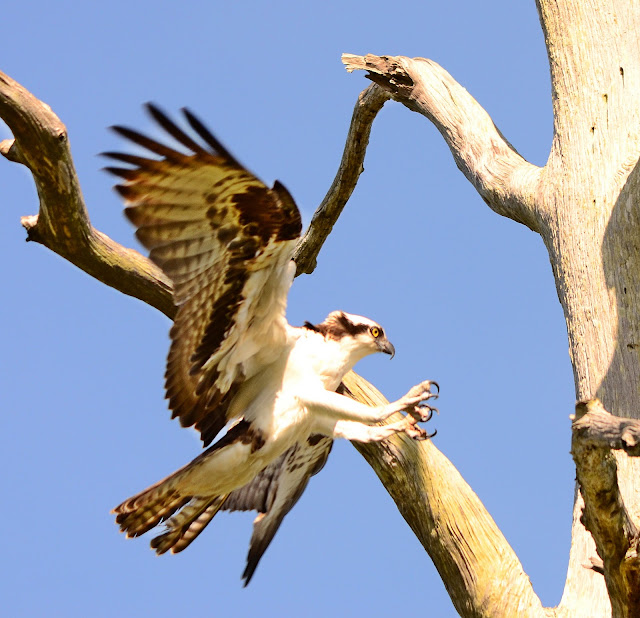 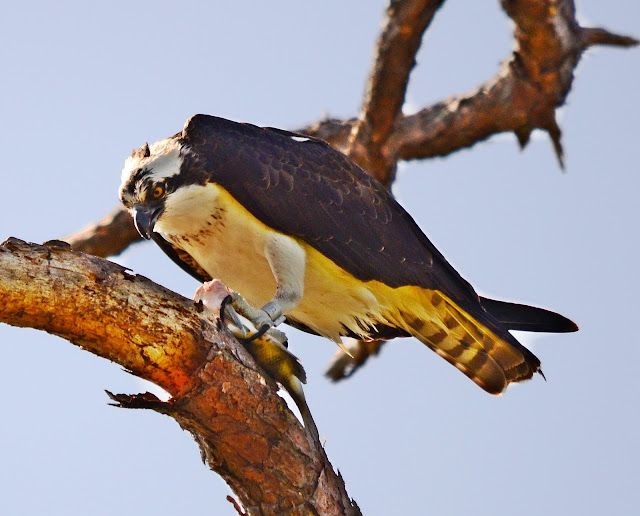 I remember the first time I saw an osprey. My dad died in the spring of 2001 and my mom decided she wanted to move to a retirement community rather than live alone. She was a very sociable person. She moved into this great apartment on the 4th floor and right across the driveway was an osprey nest! My sisters and I stood on the balcony asking ourselves "What is that bird?" I remembered that we had packed an old waterbird book that my dad had bought years ago at the Suncoast Seabird Sanctuary. We dug that out and flipped through the pages. There it was, an osprey. Or fish hawk as it also know. It's a type of hawk that catches fish with it's talons. The ospreys had babies on the nest, although we could barely see them. We spent that week watching that nest with a pair of old binoculars. Later the next year I moved down here with hubby and at some point we noticed all of the osprey that would hang out on the bridges eating fish. It became a habit of mine to count the number of osprey on the bridge on the way home from work. Several summers ago I got up to 22 on the Courtney Campbell Causeway. This past summer I think I only hit 12.
One of the best places to see them is at Honeymoon Island. There's a lot of nesting going on but I don't think there are any babies yet. There are tons of osprey on the trail flying around and eating. I saw all of the above while heading to the end of the trail to check on the eagle's nest. I'm going to try and check back in another month to see if I can catch some baby osprey.
For more skyscape photography from around the world, visit http://skyley.blogspot.com/