Alligators at Circle B Bar 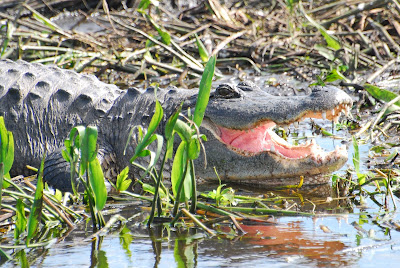 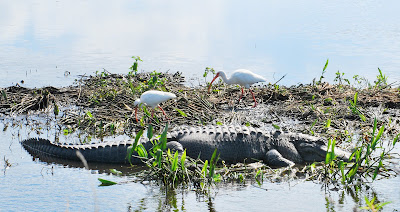 Don't they know they could get eaten? 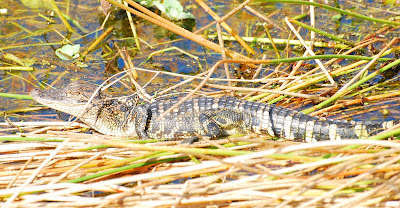 A baby in the water. 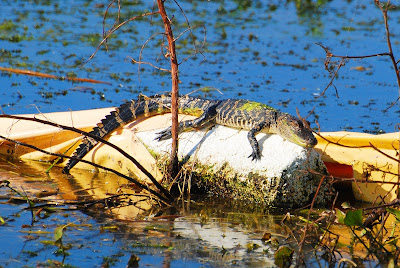 Small one basking in the sun. 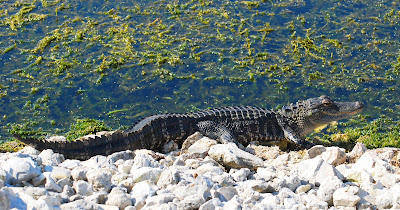 When most people think of gators they think of the football team. After spending the morning at a reserve in Lakeland I think of the four legged kind. I saw 10 alligators there. I hear that number means a lot of them were hiding. You have to really pay attention to where you are walking in parks. You might want to step off the trail to get a closer picture of the ducks in the water but you must look down and around before you do that. I was on the trail and stopped to take some bird pictures and the big guy above was just to my left. I didn't even have to zoom in. Just snapped a few and kept going. I know they don't seem scary because they have a built in smile but I wouldn't want one to move when I'm around.
There are 7 alligators on the property where I work. They usually stay under water and far away from the parking lots. You know you live in Florida when you get periodic emails at work that say "Do not harass or feed the alligators."